skip to main | skip to sidebar

"I'll just say it wasn't quite ready for whitecaps. Ben will have to tell that story."

We were so anxious to put the raft in the water, we didn't even bother to strap the barrels on. Besides, the wind was coming off of shore and there were no waves. Well we lowered the platform in the water while we slid the barrels underneath. We took it out for a spin and life was good, but the water was still to chilly for swimming, so we just tied the raft to shore.

It didn't move over night, but the next day, the wind shifted toward shore. I was talking to Matt and looking at the raft through the window. Just as I said "well we've got some waves but it looks ok," a barrel fell out from under the deck. "GATTA GO" I said as I ran out the door and down to shore.

Without hesitation I stripped down to my underpants and hopped into the water to find that three more barrels had fallen out. I ran down the shoreline and one at a time, threw them back on shore so they weren't going anywhere, then tended to the raft again. Each time I tried to pull the raft up onto shore over the rip rap shoreline, I'd lose another barrel or two, run to chase it, and start over again. All the while, I was cursing mother nature (not the best idea) It wasn't long before I was cold, exhausted and out of barrels to chase. To top it off, the raft was only getting heavier as it sat in the water.

I finally gave in and called my dad and Matt to help out. I pulled it down to the boat landing and while I waited for the rescue, I had to stand in the water and hold the deck away from the shorline to keep the waves from tossing it into the rocks. My bare feet were killing my feet but the cold numbed them up well enough.

My dad and Matt finally showed up at the same time. While my dad backed the trailer in and I stood in the water in my skivies, Matt rolled up his pants and walked in.

"Man, the Rockey bottom is hurting my feet" he said. I didn't dignify that with a response. We got the raft loaded up and out of the water, we each had a beer, then I took a long hot shower.

Yes, we underestimated the wrath of Diamond Lake. And now your thinking, how will they make it down the river in fewer than ten peaces if they can't even make it on the lake. Well, the barrels are now strapped on and should hold strong, thanks to Leo Schwise. If we do hit a rock hard enough to break the straps, it will only be one or two, because they are all strapped on seperately.
Posted by Ben at 6:31 PM No comments:

We strapped a 9.8hp outboard on it and motored around Diamond Lake. All systems are go. We picked up some folks and had a few drinks to christen the raft. 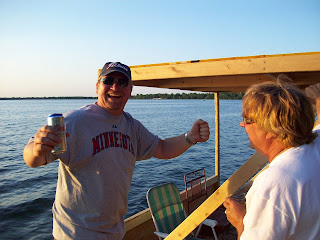 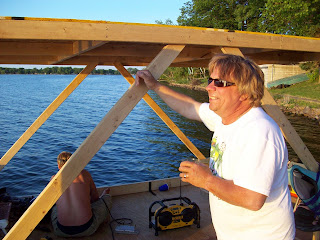 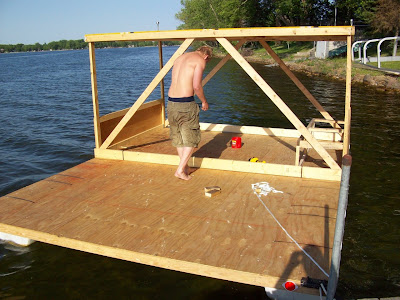 The raft is nearing completion. These pics show the barrels being strapped on, the cabin being built, and the first bench being installed. The cabin made deck a lot less floppy. 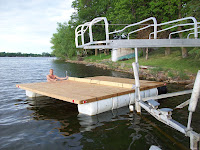 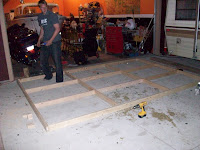 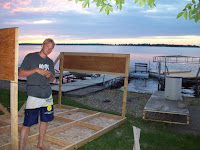 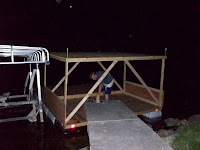 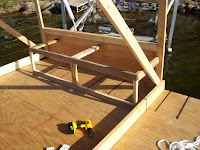 Harold Fisk did a geologic study of the lower Mississippi River in 1944 and made some really cool maps. I think I like maps more than most but I imagine anyone would enjoy these. It's sweet when technical drawings look like art. The different colors represent paths the river took in the past. Nowadays the Army Corps of Engineers do their best to keep it from changing. I made the title image with one of Mr. Fisk's maps. 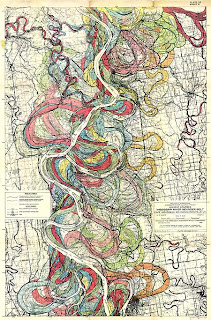 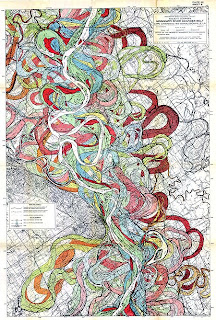 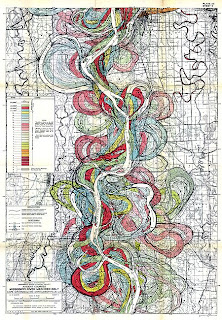 First time in the water. I was rockin the permasmile. Gravity is all that's holding the thing together in the pics. We paddled from the boat landing the the cabin with a shovel. We decided to leave it in the water and a storm hit next day. I'll just say it wasn't quite ready for whitecaps. Ben will have to tell that story. 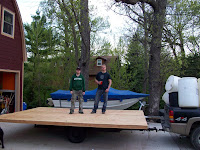 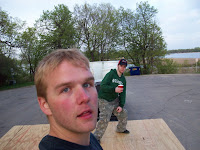 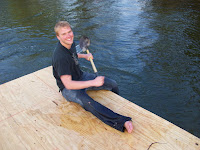 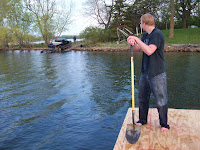 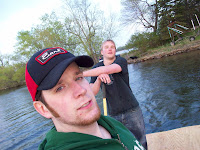 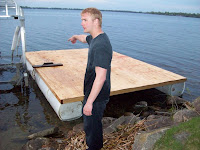 Here are some pics of the raft during construction. We just finished the deck and are test fitting the barrels in the pics. 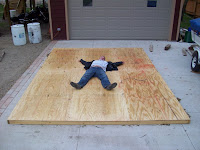 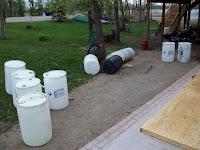 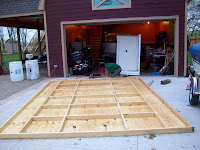 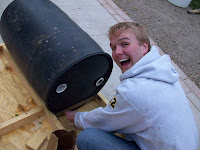 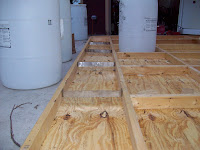 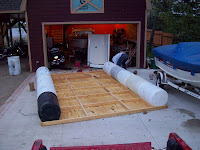 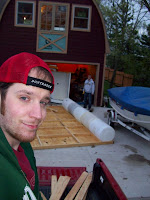 Here are a bunch of ideas we went through when designing the raft.

Matt Folkedahl, Ben Monson, and Josh Monson are embarking on a quest. The goal is to make it all the way to New Orleans from Minneapolis on a homemade wooden raft. Follow us on our journey.

Help us fund the voyage Thanks to:

Thank you all so much! We couldn't have done it without all of the help.